Nick first wanted to be a pilot at 6 years of age after watching a movie about a Tiger Moth. He obtained his first pilot’s license in 2005, flying gliders at the age of 15 with the Australian Army Cadets.
After building aeroplanes in Victoria, fixing aeroplanes all over Australia, and flying anything that has wings, he now dances in the skies over Airlie Beach, thrilling the crowds below (and in the aeroplane) with adrenaline pumping aerobatic routines.

Gus has had a total fascination with aviation from a very early age. Growing up in the UK, he began learning to fly as a teenager at high school, and first went solo on his 16th birthday. Just after his 17th he gained his pilot’s license and after working in aircraft maintenance hangars, he gained his first flying job a year later piloting glider tug aircraft. After a variety of different work, Gus moved to Australia and now flies seaplanes for a day job around the Whitsundays. One of his true passions, however, is aerobatics- and he is never happier than to spend his time flying the Yak 52 for CQ Adventure Flights!

Gyan is Nick’s wife and is the second half of CQ Adventure Flights. She takes care of the desk, checking passengers in, and allaying any fears they might have!

She is also our “crash test dummy” when we want to try new aerobatic sequences, (we drag her kicking and screaming sometimes) and so Gyan knows exactly what it is like to fly with us. 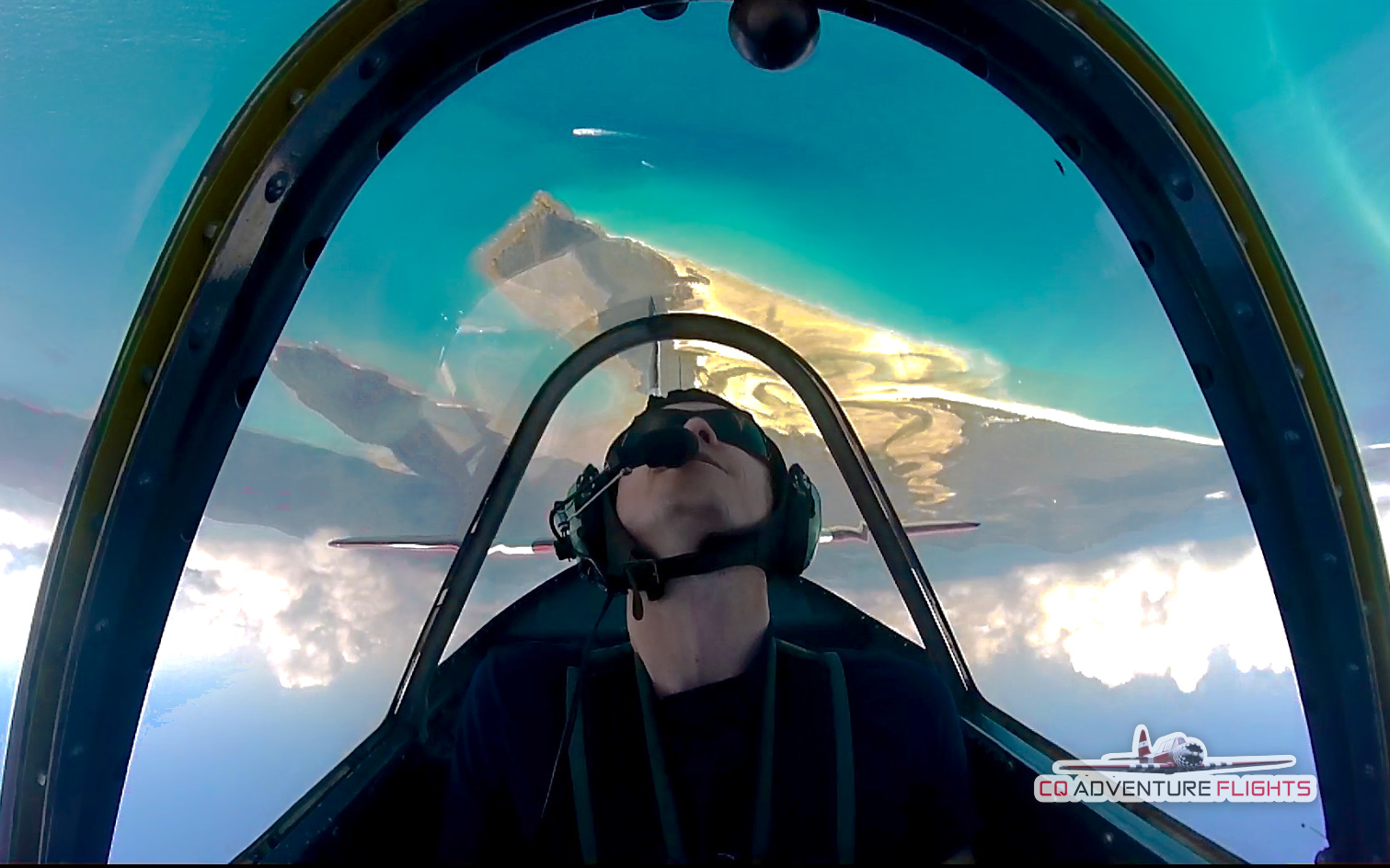 Ready for the adventure of a lifetime?

Referred by a friend?

Great! Just add your referral code to your booking.